I still see the people I know in the village who gave me a pile of books a few years ago. This week there was a knock at the door and I was presented with Punch’s Almanac for 1884. A collection of the Punches published in that year. It’s in very good condition, even though the cover and spine have been repaired. I thought I’d share it with you from time to time. I’ve always loved Punch. When I was at school I was in a class where the teacher supplied us with copies if Punch to read during the registration period. In those days Richard Nixon and Spiro Agnew were frequent victims of the satirists pen. 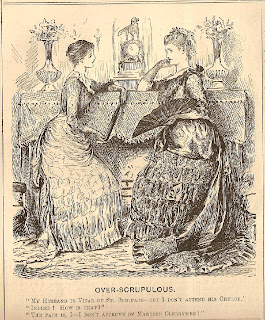 I was dozing off in bed last night and Rob was listening to the news on the radio. All of a sudden the familiar saxophone from Baker Street was playing. It could only mean one thing. I knew that he had health problems due to heavy drinking, but his death was still a shock. I expect a lot of us in the blogging world will be writing about him today. His songs were so romantic and beautiful.

In the early 80s I was driving through London with a boyfriend and as we turned into Baker Street, the song of the same name started playing on the radio – what a conincedence! Having said that I thought I’d post my very favourite; Home and Dry